What to do with autumn leaves from the city? 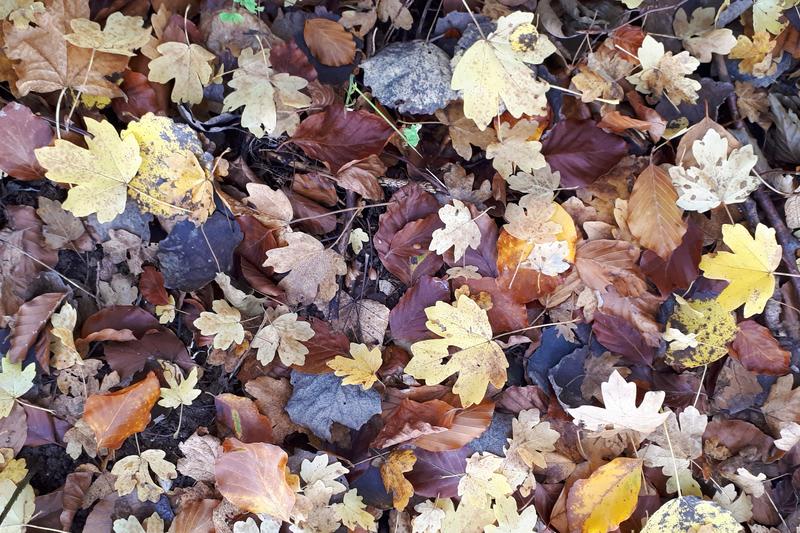 Using Berlin as a case study, scientists from the Leibniz Institute for Agricultural Engineering and Bioeconomy (ATB) have compared the composting of leaf litter with its energetic utilization in biogas plants. The study indicates that recycling pre-treated leaves in a biogas plant not only generates electricity and heat, but also significantly reduces greenhouse gas emissions. The results were published in the journal Resources, Conservation and Recycling.

Thanks to its numerous park areas and street trees, Berlin is one of the greenest cities in Europe. However, every year in autumn, the municipal cleaning staff has to work at full capacity, collecting around 36,000 tons of leaves from almost 5,500 kilometers of streets in the capital. These leaves are usually composted, but this is associated with considerable greenhouse gas emissions. With regard to rising energy prices, the question is whether the biomass produced could not be used more profitably for the production of biogas.

In a comparative study, scientists at the Leibniz Institute of Agricultural Engineering and Bioeconomy (ATB) analyzed the composting of leaves and their utilization for biogas production, also taking into account a pretreatment of the leaves by e.g. ensiling. For each of these scenarios, greenhouse gas emissions and energy production potential were determined using the Biological Resource Utilization Impacts (BIORIM) model. To calculate greenhouse gas emissions, the study considered, inter alia, the carbon assimilation of plants during the growth process (as negative CO2 emissions based on the organic carbon content for each leaf type), the proportion of different leaf species to the total amount, leaf density, as well as the use of fuel-dependent machinery, such as leaf blowers and sweepers. Emissions from the manufacture and operation of these machines were also taken into account.

The overall comparison showed that the biogas scenarios performed significantly better in terms of greenhouse gas emissions with -140.1 kg CO₂-equivalents per ton of leaves and -167.4 kg CO2eq per ton of pre-treated leaves, respectively, than composting with 49.0 kg CO2eq. Fermentation of pre-treated leaves in a biogas reactor also resulted in the highest energy production per ton of feedstock. Measures to prevent rapid decay of the leaves, such as ensiling or swift feeding into the digester, resulted in lower net emissions and higher energy yield.

The biogas produced from leaves, similar to the biogas already produced from household biowaste, can be used to generate electricity and heat in combined heat and power plants or be fed into local gas grids to replace fossil natural gas: About 7.5 tons of pretreated leaves could cover the average annual electricity consumption of one person.

"Foliage as a raw material for biogas production could contribute to some extent to energy supply in urban areas. Due to its numerous green spaces and street trees, Berlin in particular has one of the highest potentials for biomass use for energy in Europe," says Dr. Ulrich Kreidenweis, head of the Bioeconomic Systems Modeling working group at ATB and co-author of the study. "Whether the use of leaf litter from urban areas for biogas production is also economically viable would have to be clarified in further scenario assessments. For example, the modification of biogas plants with regard to the requirements for leaf fermentation could involve considerable costs," Kreidenweis explains.