New Findings on the Influence of DNA on Musicality 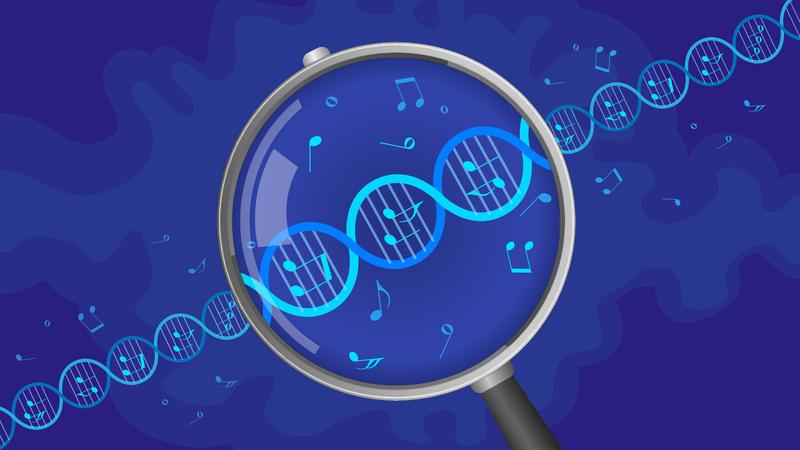 Not everyone has a sense of rhythm, but does the ability to clap in time with a beat really say anything about a person’s musicality overall? As part of an international research team, the Max Planck Institute for Empirical Aesthetics investigated this question. The team’s findings were recently published in the open-access journal Scientific Reports.

A total of 5,648 study participants provided their DNA, filled out questionnaires related to music, and completed music-oriented tasks. Among other things, they were evaluated for how well they could discriminate rhythm, melody, and pitch. On the basis of their DNA, the scientists calculated each participant’s polygenic score, or PGS, for beat synchronization ability, i.e., rhythm. This score thus served as an indicator of the genetic basis for a person’s sense of rhythm.

First author Laura Wesseldijk of the MPIEA gives a more detailed account: “We discovered that the PGSrhythm could predict participants’ overall musicality because genetic variants that inform beat synchronization ability are related to other aspects of musicality. These include not only people’s abilities to follow a melody or distinguish rhythm or pitch, but also the amount of time they spend practicing or listening to music in general.”

Inasmuch as the study participants were all pairs of twins who had grown up in the same families, the researchers were able to investigate different within-family genetic pathways that PGSrhythm may have taken to influence musical abilities. This included direct, indirect, and confounding effects. They came to the conclusion that PGSrhythm very likely had a direct effect on musical abilities.

In addition, the scientists found a correlation between PGSrhythm and the degree of musical enrichment of a study participant’s childhood environment, which points to gene–environment interplay. In other words: A person’s environmental exposure (e.g., whether or not they receive music lessons) also depends in part on their genetic predisposition for music.

The study’s findings show that PGSrhythm can predict not only a person’s overall musicality, but also—along with the ability to dance—their tendency to enjoy music and engage with it. The polygenic score can thus reliably be used in future research to study the genetics underlying individual differences in music skills and to disentangle gene–environment interplay.