Deforestation and grassland conversion are the biggest causes of biodiversity loss 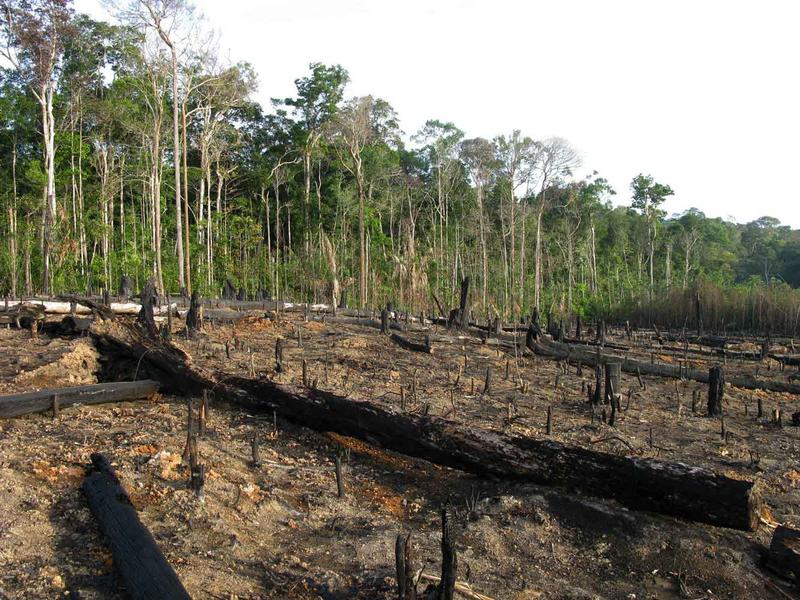 The conversion of natural forests and grasslands to agriculture and livestock is the biggest cause of global biodiversity loss. The next biggest drivers are the exploitation of wildlife through fishing, logging, trade and hunting - and then pollution. Climate change ranks fourth on land so far but second in oceans. This is the main result of an international study led by researchers from Universidad Nacional de Córdoba (UNC) in Argentina, Helmholtz Centre for Environmental Research (UFZ), iDiv and the Natural History Museum London. The study, published in Science Advances, demonstrates that fighting climate change alone will not be enough to prevent the further loss of biodiversity.

Whilst climate change has rightly attracted attention for its catastrophic consequences for the natural world, it is currently only the fourth largest driver of biodiversity loss on land, followed by invasive alien species in fifth place. “This major new study, published during the COP27 climate summit, demonstrates clearly that fighting climate change alone will not be enough to prevent the further loss of biodiversity, and with it our future”, says Dr Nicolas Titeux, one of the two first authors. “The various direct drivers should be addressed with similar ambition as the climate crisis and as a whole.” Titeux currently works at the Luxembourg Institute of Science and Technology but conducted the major part of the study at the UFZ with funding from iDiv.

Greenhouse gasses have been known to be the leading cause of the climate crisis for decades but just as important is understanding what is behind the enormous and rapid decline in species. A million species of animal and plant are threatened with extinction within the next few decades without significant countermeasures. Ecosystems worldwide are changing away from their natural condition, which means that they are increasingly unable to provide crucial ecosystem services for human well-being.

The authors of the study, led by Dr Pedro Jaureguiberry from UNC and Dr Nicolas Titeux, also found that climate change is already in second place as a direct driver of species loss in the oceans. Here, the exploitation of fish stocks plays the biggest role. However, based on current developments, the authors assume that the importance of climate change for species loss and the decline of ecosystem services will increase in the coming years and decades and move up in the ranking of direct drivers.

This major study should be a game-changer for understanding how to tackle biodiversity loss. Jaureguiberry says: “Our study brings comprehensive and rigorous information on which drivers cause the most damage to biodiversity at multiple levels, from regions and realms to the different facets of biodiversity, highlighting the importance of each driver in particular contexts. Hopefully, this will contribute to a more holistic approach to generate more efficient policies to reverse biodiversity loss.”

In particular, the research demonstrates the need for a more holistic approach that will tackle the twin threats of climate and the biodiversity crisis together. Titeux points out that “The current global agreements such as the Convention on Biological Diversity and the UN Framework Convention on Climate Change can focus too narrowly on one driver, overlooking or, in the worst-case, undermining solutions for others”.

Professor Andy Purvis, another co-author of the study, from the Natural History Museum in London, explains: “Climate change and biodiversity loss have been tackled largely separately, by different policies that haven't always considered the other problem. For example, biofuels are proposed as one way to get to net zero, but the expansion of plantations into natural forest that could result would be terrible for nature.”

The paper also highlights some of the ‘nature-positive’ solutions that tackle both climate change and biodiversity loss such as large-scale restoration of natural forests and effective protection of coastal wetlands.

Andy Purvis adds: ”I’d love for 'nature-positive' to get into the public consciousness as much as 'net zero' has. If future generations are going to have the same birthright we had of a liveable, supportive planet, then all parts of society will have to transition as quickly as possible to being both net zero and nature-positive.”

The research was financed inter alia by the Deutsche Forschungsgemeinschaft (DFG; FZT-118).