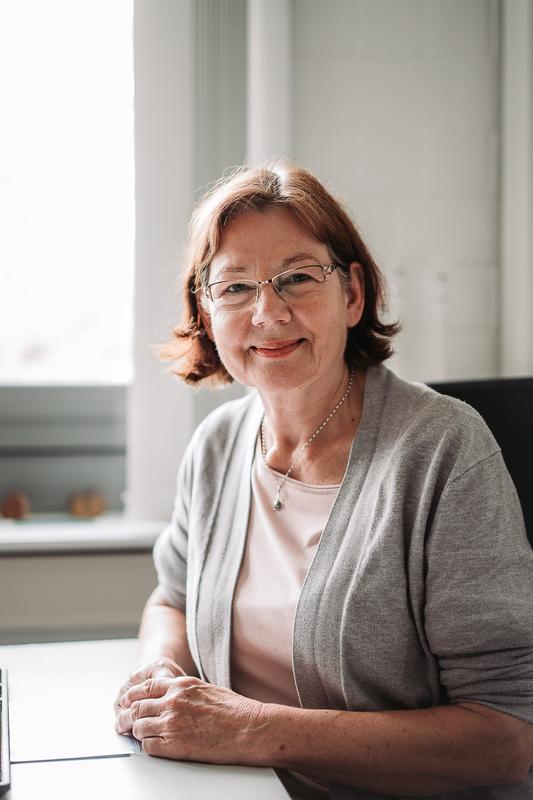 As the first institute in Germany, the Leibniz Institute DSMZ has received the GMP certificate according to the country’s Medicines Act – the highest recognition within the sector of pharmaceutics. The DSMZ received the certificate for the DNA-sequencing of therapeutic phages

The Leibniz-Institute DSMZ German Collection of Microorganisms and Cell Cultures GmbH is the first scientific institute to receive the GMP certification for the identity verification of phage investigational drugs for the use in humans, according to §64 section 3f of the German Medicines Act. With it, the Leibniz Institute DSMZ is authorised to perform DNA sequencing for the identification of phages within the framework of projects researching the therapeutic use of phages. The Government Trade Inspectorate Braunschweig – as competent surveillance authority – confirmed the GMP certification on 2nd August 2022. In detail, the Office for Occupational Safety, Environmental Protection and Consumer Protection certified that the Leibniz Institute DSMZ meets the requirements of ‘Good Manufacturing Practice’ (GMP) in the DNA sequencing for identity verification in phage projects, making the Leibniz Institute DSMZ one of the few institutions worldwide with the license and approval to do so. DNA sequencing for the identification of phages lays the groundwork for further research and can be used at any time for the identity control of phage preparation.
The Working Group DNA and Sequencing, part of the DSMZ department Bioinformatics and Databases, took just two months to prepare for the inspection of the Trade Supervisory Board within the pharmacovigilant framework, thereafter successfully completing the application. The certificate confirms that the DSMZ operates according to GMP guidelines during sequencing for the identification of phages and may therefore be commissioned by pharmaceutical companies. The need for GMP-certification arose from two research projects: PhagoFlow and Phage4Cure, both of which are managed by Dr. Christine Rohde and her working group Clinical Phages and Legal Regulation as part of the DSMZ department Bioresources for Bioeconomy and Health Research, headed by Prof. Dr. Yvonne Mast. “The GMP certificate also has wider implications, beyond the application for these two projects. It really distinguishes the DSMZ as the first and currently only institute in Germany offering this service for bacteriophages under GMP conditions”, comments DSMZ legal advisor Dr. Hilke Püschner. It was the scientific projects aiming to establish phages as authorised medicinal product that flagged up the need for a GMP-conform sequencing for the characterisation and approval of therapeutic phages. After recognising this urgent need, the DSMZ experts started the necessary work together with the Fraunhofer Institute for Toxicology and Experimental Medicine (ITEM) in Braunschweig, which produces the therapeutic phages used in the research projects mentioned above. Key steps in this process included establishing a suitable standard operating procedure, preparing the necessary infrastructure in laboratories and analysis chambers and putting in place a transparent management for consumables and sample material.
Phage research at the DSMZ is one of the institute’s main foci, and commenced in 2005/2006 with the support of third-party funds. Today, the DSMZ is proud to host the world’s most diverse bioresource collection, including the DSMZ phage bank with more than 1,000 phages. On the occasion of the certification, PhDr. Sven-David Müller, Head of DSMZ Press and Communication, conducted an interview with Dr. Christine Rohde and Dr. Johannes Wittmann, leader of the working group Phage Genomics and Applications, on bacteriophages – quite possibly the most common form of existence on the planet.

What exactly are bacteriophages?
Bacteriophages or ‘phages’ for short are viruses that exclusively recognise bacteria and can interact with them, allowing them to first penetrate the bacterial cells, then multiply within and finally lyse the bacteria. Phages specifically recognise their target cells via receptors, within only one bacterial class, and this is also the precondition for the following steps of the lytic cycle. Therefore, nature boasts an endless number and variety of phages. Phages against almost all bacteria, used as ‘selection-bait’, have been found in natural locations. Bacteriophages also function as natural regulators of the bacterial mass in the entire biosphere and are also a firm fixture in all our lives, as part of our microbiome’s virome.

How could we use bacteriophages?
Basically wherever bacteria are unwelcome, in human and veterinary medicine, in agriculture and food processing. The latter is the only preventative area, while by contrast the usage in medicine, but also in agriculture – and here especially in animal husbandry – constitutes an alternative option to antibiotics. Due to their host specificity, we can use phages in a very targeted manner, as long as the bacterial targets are known – this is the precondition. Really, the sky is the limit regarding the type of application, as long as the phages are not harmed by heat, acid, disinfectant agents or shearing forces.

Are bacteriophages effective against antibiotic-resistant germs?
Yes, if the phages ‘fit’ the pathogens, i.e. if they can effectively lyse the germs. We need a number of different laboratory experiments for this assessment, which allows us to predict the phage effect in a particular patient. Whether or not a pathogen is resistant against antibiotics is actually not the crucial factor, rather a whole host of aspects regarding phage biology have to be investigated before using phages. These aspects relate to safety and efficacy during application, as phages can be associated with some adverse characteristics as well, and these can and must be ruled out by phage genome analyses.

How many bacteriophages are under investigation in the DSMZ phage collection?
At the moment we have more than 1,000 and counting – the research projects are the driving force behind the growth. However, we do not constantly investigate all phages. Rather, the research demand usually follows the projects’ central questions, or spontaneous questions arise in working groups, or pop up from external requests. But in any case, the phage collection is by now so extensive that it offers a lot of ‘room to play’.

Can you tell us something about the bacteriophage research projects you are currently involved in?
At the moment, we are working on four application-oriented human medicine research projects, all within the research- and development branch of the microbiology laboratory. We are investigating phage biology with the help of all procedures available to us to characterise phages, including sequencing and genome analyses, and including identification of antibiotic-resistance genes, virulence factors or lifestyle. Phage4Cure is a clinical study, and the work has already advanced so far that the project will enter the clinical phase I in early 2023. At the Charité Research Organisation GmbH Berlin, phages are administered via inhalation against Pseudomonas aeruginosa, in both affected patients and healthy controls. The project PhagoFlow is testing the practicality of individual phage use in patients at the German Army Hospital Berlin, with the aim of establishing the necessary preconditions in Germany. Another clinical project, IDEAL-EC, supported by the DZIF [German Centre for Infection Research], was completed on time in the DSMZ laboratories. The group under Dr Anika Claßen of the University of Cologne developed a phage cocktail against certain pathogenic E. coli and investigated the cocktail’s efficacy, which is currently also the subject of preclinical studies at other sites. Another project financed by the DFZI is called EVREA-phage, which started in July 2022. The aim here is to develop a phage cocktail against Vancomycin-resistant strains of Enterococcus faecium, with the long-term goal of preventing blood stream infections especially in immunosuppressed haematological patients. Enterococcus faecium and its multi-resistant variants are on the rise in Germany, and the WHO has prioritised it as ‘bacteria of concern’. Outside the medical realm, the DSMZ is also part of a priority program for the research of several aspects of phage biology, named SPP2330 – ‘New concepts in prokaryotic virus-host interaction’. Both of our working group functions as infrastructural Z-project and as such supports individual research project of the consortium with established technologies and bioresources. And of course the DSMZ operates as depositary agent for bioresources isolated within the SPP and is committed to building up the virus-dedicated data bank, thereby ensuring the sustainability of the SPP.

Where do you see the future of bacteriophage research?
Phage research undoubtedly has a bright future ahead. However, there will be more and more questions that need answering, but for which the time is just not ripe yet, especially from a regulatory point of view. Examples would include genetically engineered therapeutic phages or systems biology. Issues that will continue to be important in the future include not only application-oriented topics, but also questions on basic research that should improve the understanding of phage-host-interplay and the interaction of structure, function and regulation. To be honest, the complexity and diversity of phages will probably always throw up new open questions. Every single one of our research projects illustrates this complexity and diversity on an almost daily basis, but as the saying goes: ‘Nothing ventured, nothing phaged!’

Under which preconditions could bacteriophages be used in patients, and when do you see this happening?
This would require a definite infrastructure primarily built upon a well-established research and development sector, with an extensive phage bank and research possibilities. In a next step, the phages that do qualify as potential therapeutic phages need to be purified in expert laboratories of manufacture. In doing so, the Medicines Act must not be bypassed; it currently contains as quality criterion for phages the GMP-production of every single phage preparation in human medicine. However, our expert community has realised that a flexible variety of phages is necessary per bacterial species, which ideally would be available as bank of already purified phages for clinical use. So we still have a big issue at this point, which can only be overcome if GMP is not mandatory for the entire purification process. Instead, we would propose a phage-adapted quality control system that would allow the composition of timely, individual magisterial phage mixtures for patients.

Are bacteriophages also used in animals?
Apart from the use in human medicine, phages have naturally also aroused the interest in the field of veterinary medicine and within the food industry, for instance to prevent zoonotic pathogens in stables or in food processing. In addition, the use of phages for the therapy of acute infections in pets and livestock is becoming more and more interesting.

About the Leibniz Institute DSMZ
The Leibniz Institute DSMZ-German Collection of Microorganisms and Cell Cultures is the world's most diverse collection of biological resources (bacteria, archaea, protists, yeasts, fungi, bacteriophages, plant viruses, genomic bacterial DNA as well as human and animal cell lines). Microorganisms and cell cultures are collected, investigated and archived at the DSMZ. As an institution of the Leibniz Association, the DSMZ with its extensive scientific services and biological resources has been a global partner for research, science and industry since 1969. The DSMZ was the first registered collection in Europe (Regulation (EU) No. 511/2014) and is certified according to the quality standard ISO 9001:2015. As a patent depository, it offers the only possibility in Germany to deposit biological material in accordance with the requirements of the Budapest Treaty. In addition to scientific services, research is the second pillar of the DSMZ. The institute, located on the Science Campus Braunschweig-Süd, accommodates more than 82,000 cultures and biomaterials and has around 200 employees. www.dsmz.de

The Leibniz Association
The Leibniz Association connects 97 independent research institutions that range in focus from the natural, engineering and environmental sciences via economics, spatial and social sciences to the humanities. Leibniz Institutes address issues of social, economic and ecological relevance. They conduct knowledge-driven and applied basic research, maintain scientific infrastructure and provide research-based services. The Leibniz Association identifies focus areas for knowledge transfer to policy-makers, academia, business and the public. Leibniz institutions collaborate intensively with universities – including in the form of “Leibniz ScienceCampi” – as well as with industry and other partners at home and abroad. They are subject to a transparent, independent evaluation. Because of their importance for the country as a whole, the Leibniz Association Institutes are funded jointly by Germany’s central and regional governments. The Leibniz Institutes employ around 20,500 people, including 11,500 researchers. The financial volume amounts to 2 billion euros. www.leibniz-gemeinschaft.de