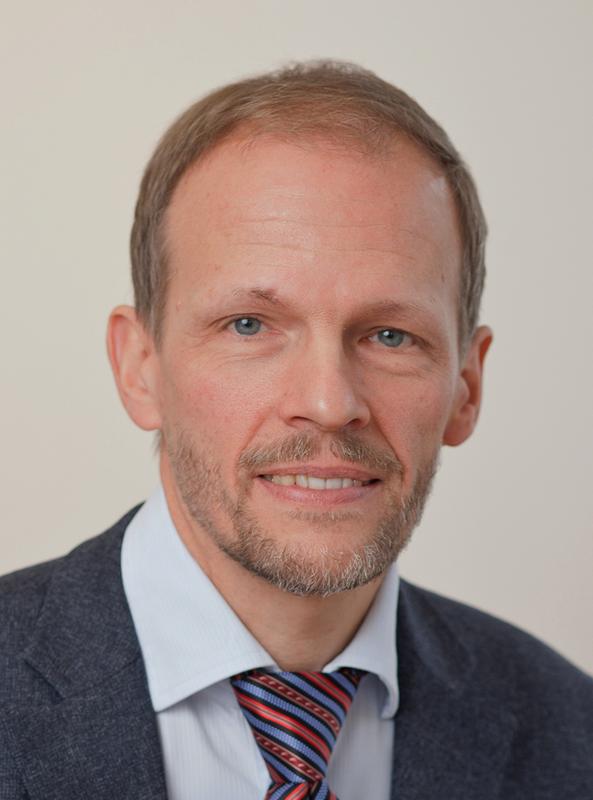 Stifterverband honours commitment to research and fair use of biological diversity

This year‘s Science Award of the German Stifterverband ‚Research with Responsibility‘ goes to Jörg Overmann, Scientific Director of the Leibniz Institute DSMZ-German Collection of Microorganisms and Cell Cultures and Professor at the Technical University Braunschweig. The prize acknowledges the microbiologist’s work on the biodiversity of microorganisms as well as his dedication to create a fair benefit sharing during the scientific and economic utilization of biological diversity worldwide. Jörg Overmann will be presented with the award endowed with 50,000 Euros at the Annual Conference of the Leibniz Association on 23rd November 2022.

Jörg Overmann is one of Germany’s most renowned microbiologists. He receives this Science Award in honour of his scientific accomplishments in the field of microbial diversity and his dedication to biodiversity research. Jörg Overmann’s work focuses on the biological diversity of microorganisms and ranges from deep sea bacteria and their role in the carbon cycle to the influence of bacterial communities in plant root systems. His findings have resulted in more than 300 publications in scientific journals. In addition, Jörg Overmann has repeatedly succeeded in growing previously unculturable bacteria in the laboratory, making them accessible to research and development for the first time. Thereby, he also contributes towards the mission of the institution he leads, the Leibniz Institute DSMZ-German Collection of Microorganisms and Cell Cultures. Besides the research of microorganisms, the institute also has the tasks of collecting and cultivating these organisms, as well as making them accessible for academic research projects and economic development. To this end, the DSMZ has established the databank BacDive (https://bacdive.dsmz.de) which represents the only public resource worldwide offering standardised and quality-controlled phenotypical data for all known bacterial species.
The research and utilization of genetic resources is faced with a number of legal and ethical challenges, in particular regarding the regulated access, fair benefit sharing and species protection. These goals are regulated according to international law by the Convention on Biological Diversity (CBD) and the subsequent Nagoya Protocol, but are often more complicated with respect to microorganisms compared to other life forms. Based on his own, long standing research activity in southern Africa and Latin America, Jörg Overmann studies the consequences of applying the CBD- and Nagoya-Protocol principles to microorganisms, and contributes towards maintaining the worldwide open access to life science data such as digital sequencing information, and preventing impediments for the life sciences. To this end, Jörg Overmann and a group of international scientists from 18 countries proposed the installation of a Multilateral Fund which allows benefit sharing while simultaneously ensuring to maintain free data access.

“With Jörg Overmann, we are honouring an excellent scientist whose outstanding research contributions affect society as a whole, all the while accepting responsibility in a very special way”, declares Volker Meyer-Guckel, Secretary General of the Stifterverband. “His exceptional commitment to open up research data in the field of life sciences in particular is exemplary. Through his body of work, Jörg Overmann has established an open access databank that is unique in the world. With it, he has contributed an extraordinary amount to the global research of biodiversity.” These words are complemented by the President of the Leibniz Association, Martina Brockmeier: “Jörg Overmann’s engagement goes far beyond his original field of research and includes the issues of life sciences and their social relevance. In international committees and during policy consultations he stands up for fair proceedings regarding the usage of genetic resources, while also advocating for scientific research fulfilling its social significance, for instance through the development of new drugs. Jörg Overman is therefore a superb example of a scientist who accepts responsibility in and for the field of scientific research.”

The laureate:
Prof Dr Jörg Overmann studied biology at the Universities of Bochum and Freiburg and obtained his Ph.D. in microbiology in 1991 from the University of Konstanz. Subsequent stations of his scientific career include a postdoc at Vancouver University (Canada), a position as scientific assistant in Oldenburg where Jörg Overmann qualified as university lecturer, and an appointment as Professor of Microbiology at the Ludwig-Maximilians-University in Munich. In 2010, Jörg Overmann took over the position of Scientific Director at the Leibniz Institute DSMZ-German Collection of Microorganisms and Cell Cultures in Braunschweig, Germany, and of a full Professor of Microbiology at the Technical University Braunschweig. Overmann’s diverse commitments include Membership of the Permanent Senate Commission for Fundamental Issues of Biological Diversity of the German Research Association. He also functions as Representative for Ethics in Research of the Leibniz Association and is Vice-Speaker of the Leibniz Research Network Biodiversity.

The award
The Science Award of the Stifterverband ‚Research with Responsibility‘ is endowed with 50,000 Euros and awarded on the proposal of the Leibniz Association for the outstanding overall performance of scientists whose research has a particular relevance for society as well as being practical. The award aims to increase the visibility of these scientific achievements for the general public. The award is open to researchers whose findings form the basis of innovative application in economy, politics or society. The award is conferred every two years during the Annual Conference of the Leibniz Association.

The Stifterverband
The Stifterverband provides the umbrella under which around 3,000 companies, business associations, foundations and private individuals have joined forces in the support of science and education. With the help of support programs, analyses and recommendations for action, the association preserves the infrastructure of innovation: high-performance universities, strong research facilities and a productive exchange between economy and science. Together with the Ministry for Education and Research, the association supports a quarter of a million young talents every year. In addition, the association manages approximately 670 foundations with total assets of more than 3 billion Euros. www.stifterverband.org/english

The Leibniz Association
The Leibniz Association connects 97 independent research institutions that range in focus from natural, engineering and environmental sciences to economics, spatial and social sciences and the humanities. Leibniz Institutes address issues of social, economic and ecological relevance. They conduct basic and applied research, including in the interdisciplinary Leibniz Research Alliances, maintain scientific infrastructure, and provide research-based services. The Leibniz Association identifies focus areas for knowledge transfer, particularly with the Leibniz research museums. It advises and informs policymakers, science, industry and the general public. Leibniz institutions collaborate intensively with universities – including in the form of Leibniz ScienceCampi – as well as with industry and other partners at home and abroad. They are subject to a transparent, independent evaluation procedure. Because of their importance for the country as a whole, the Leibniz Association Institutes are funded jointly by Germany’s central and regional governments. The Leibniz Institutes employ around 20,500 people, including 11,500 researchers. The financial volume amounts to 2 billion euros. www.leibniz-association.eu

About the Leibniz-Institute DSMZ
The Leibniz-Institute DSMZ-German Collection of Microorganisms and Cell Cultures is the most diverse collection of biological resources (bacteria, archaea, protists, germs, fungi, bacteriophages, plant viruses, genomic bacterial DNA, human and animal cell cultures). At the DSMZ, microorganisms and cell cultures are collected, investigated and archived. As institute of the Leibniz Association, the DSMZ with its extensive scientific services and biologic resources has been a global partner for research, science and industry since 1969. The DSMZ has a recognised nonprofit status, it is the first registered collection in Europe (EU regulation No 511/2014) and certified according to quality standard ISO 9001:2015. As a patent repository, it is unique in Germany in offering the deposit of biological material in accordance with the requirements of the Budapest Treaty. In addition to scientific services, the DSMZ’s second main pillar is research. The institute is located within the Science Campus Braunschweig-Süd, hosts more than 82,000 cultures and biomaterial and has around 200 employees. www.dsmz.de