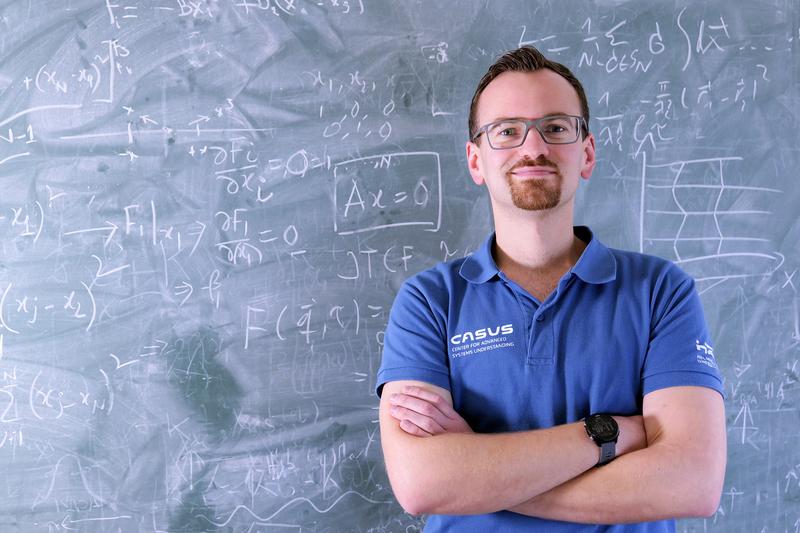 The decision of the European Research Council (ERC) to fund the Starting Grant proposal “Predicting the Extreme” (PREXTREME) is a major success for the Görlitz-based Center for Advanced Systems Understanding CASUS, an institute of the Helmholtz-Zentrum Dresden-Rossendorf (HZDR). Handed in by Dr. Tobias Dornheim, leader of a Young Investigator group at CASUS, PREXTREME suggests developing a reliable theoretical description of warm dense matter with the help of machine learning (ML) methods. Ideally, Dornheim’s approach will lead to computationally solving the fermion sign problem amounting to a revolution in quantum theory. In any case, the work will result in answers to many fundamental questions about warm dense hydrogen and heavier elements and it will also have a direct impact on applications in material science, astrophysical models, and nuclear fusion. The ERC is granting Dornheim nearly 1.5 million euros to be spent over the next 5 years on scientific staff, technical equipment and travels.

Electrons, protons and neutrons are Fermi particles, named after the Italian physicist Enrico Fermi. They make up the matter we see in the world around us. The quantum mechanical behavior of Fermi particles decisively determines the physical and chemical properties of most materials. Computing these properties from first principles requires to add the contributions of all Fermi particles in the material. Each particle can add both positive and negative terms to this computation that may cancel each other. With each particle, exponentially more combinations of these “signed” terms are necessary for an accurate calculation.

The state-of-the-art Monte-Carlo calculations Tobias Dornheim has brought forth approach the accurate result by randomly taking into account most but not all of the terms, a method called Monte-Carlo sampling. Until now, these calculations still can only be executed on the largest supercomputers in the world and only for a few Fermi particles due to the exponential increase in computation time with each particle added. To solve this fermion sign problem, a turn away from the exponential increase of compute power is urgently needed.

In the past, Tobias Dornheim has shown several times that he is capable of finding clever ways around quantum problems. For example, he was part of a team that received the American Physical Society’s John Dawson Award for Excellence in Plasma Physics Research 2021. The award was granted for elegantly combining different, complementary simulation methods resulting in predictions for the collective behavior of many electrons that were more accurate than ever before.

After many incremental improvements, Dornheim now sets out to make a big splash with PREXTREME. The proposal is based on simulation methods of the path integral Monte Carlo (PIMC) class, and its central idea is a decisive improvement of PIMC simulations of fermions. “Within the granted ERC project, I will combine particularly well-suited PIMC methods with modern ML algorithms,” explains Dornheim. “This will result in PIMC simulations without the exponential compute bottleneck as well as without any uncontrolled approximations. In the end, I hope to enable scientists of many different specializations – not just from warm dense matter research – to find answers to their questions that to date remain unanswered due to the fermion sign problem.”

Warm dense matter (WDM) researchers study matter under conditions such as very high temperatures or pressures commonly found almost everywhere in the universe except for the surface of the earth where they do not occur naturally. Typically, astrophysical objects in our solar system such as the giant planets Jupiter and Saturn as well as outside of our solar system like exoplanets and brown dwarfs take centerstage in WDM research. Besides gaining fundamental insights in astrophysics, such research is also of high importance for technological applications such as nuclear fusion and for developing much-needed new materials such as nanodiamonds.

Dornheim has joined CASUS as a postdoc in 2019. In early 2022, he there established his own junior research group “Frontiers of Computational Quantum Many-Body Theory”. According to Michael Bussmann, Scientific Head of CASUS, the success is highly deserved: “I congratulate Tobias and am very happy for him. The accolade from the European Research Council recognizes his achievements to date and his scientific vision for the coming years. It also shows that CASUS has been able to attract excellent researchers to Görlitz in a short time, who are at the forefront of international research. To me, this success confirms that our chosen path of excellence, interdisciplinarity, and openness is the right one.”

“Earlier this year, CASUS has become an institute of the HZDR,” recalls Prof. Sebastian M. Schmidt, Scientific Director of the HZDR. “This grant is a clear indication that digital methods and tools will become essential in all classic realms of research from physics to medicine. I am therefore very pleased that with CASUS we have a first-class institute at HZDR working at the frontier of the digitalization of science.”

Since its inception in 2007, the ERC has established itself as a major European funding organization. The ERC Starting Grant scheme is a highly competitive program with a proposal acceptance rate of about 14 per cent in 2022. For an early-career researcher, an ERC Starting Grant is arguably the biggest success that can be achieved. This year, the ERC has decided to fund 408 proposals resulting in 636 million euros spent on ambitious young scientists from research areas as diverse as medicine, economics, or engineering. Including Dornheim’s grant, HZDR scientists have so far received six ERC recognitions – three of them are ERC Starting Grants. After the official announcement of the winning proposals by the ERC in late November, the grant agreement preparation is currently ongoing to pave the way for the project start on March 1st, 2023.