Working memory: Preparing for the unknown 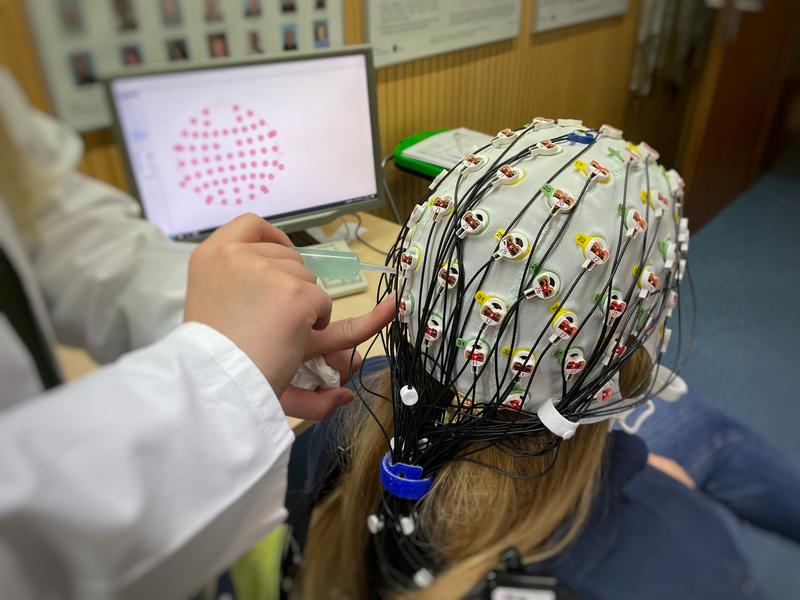 Working memory, also called short-term memory, was long theorised to have the core task of actively storing information over a short period of time. Nowadays, working memory is considered more complex, because processes such as information selection and the planning of future actions run in parallel. In a recent study, a group of researchers at Leibniz Research Centre for Working Environment and Human Factors at TU Dortmund (IfADo) shed light on the prerequisites for the initiation of motor preparation processes in working memory. They come to the conclusion that the brain prepares options for action as early as possible to enable the best possible condition for the execution of an action.

In everyday life, we often have to react to stimuli in our environment. If a ball flies towards us while we are walking in the park, we dodge or catch it. However, what feels natural and automatic requires a complex set of cognitive processes ranging from sensory perception to motor planning to motor execution. Working memory plays a central role in these cognitive processes, as it can be defined as the interface between this past sensory information, cognitive operations and goal-directed action.

From this past and stored information, the working memory tries to filter out the relevant information. Based on two experiments in which neural oscillations were measured using EEG, the researchers investigated the role of preparatory motor plans in focusing attention in working memory.

Preparation for the action

This study provided the first evidence that working memory stores different types of information in flexible codes and thus provides optimal preparation for all possible courses of action. What we store in working memory is not only the mental representation of past sensory impressions. Much more, it is information about what current goal we are pursuing or what future action or mental operation we want to perform. The contents of the working memory can therefore not only be seen as copies of sensory information, but rather as a mental planner that selects the best option for the situation at hand from all the options.

In the first experiment, participants are given the task of remembering the position or orientation of an object and then replaying it. It is important here that the task is precisely defined. The experiment shows that the shift of attention within an object is accompanied by preparations for action in the working memory. So far, this shift of attention has only been observed between object and memory representation.

The design of the second experiment is very similar to the first. The difference was that the participants did not know the task at first and had to remember all the properties of the object shown. Only then were the participants given the task. The EEG measurement in the second experiment shows that the preparation for action starts in the working memory before the task is known.