How neurons regulate their excitability autonomously 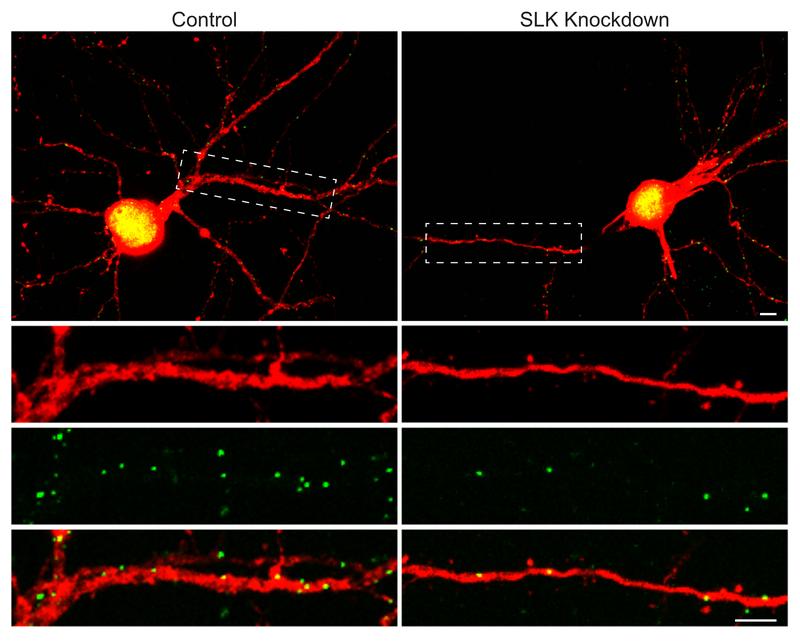 Nerve cells can regulate their sensitivity to incoming signals autonomously. A new study led by the University of Bonn has now discovered a mechanism that does just that. The German Center for Neurodegenerative Diseases and the Max Planck Institute for Neurobiology of Behavior were involved in the work. The results have now been published in the journal Cell Reports. STRICTLY EMBARGOED: Do not publish before Tuesday, December 6, 5 pm CET!

Anyone who has ever sent a voice message with a cell phone knows how much the volume matters: Shouting into the microphone results in a distorted and unclear recording. But whispering is not a good idea either - then the result is too quiet and also difficult to understand. That is why sound engineers ensure the perfect sound at every concert and talk show: They regulate each microphone’s gain to match the input signal.

The neurons in the brain can also fine-tune their sensitivity, and even do so autonomously. A new study led by the University of Bonn and the University Hospital Bonn shows how they do this. For this purpose, the participants investigated nerve cell networks that also play a role in vision, hearing and touch. The stimulus first travels to the so-called thalamus, a structure deep in the center of the brain. From there, it is then conducted to the cerebral cortex, where it is further processed.

Each neuron adjusts itself

"The neurons in the cerebral cortex are stimulated by the signals from the thalamus to generate action potentials," explains Prof. Dr. Heinz Beck from the Institute of Experimental Epileptology and Cognition Research at the University Hospital Bonn. "These are short voltage pulses that are then transmitted to other sites in the brain. For that to work well, the neurons have to adjust to the intensity of the excitatory signals."

For example, they need to dial down their sensitivity if the incoming stimuli were very strong. "We have now discovered that a specific enzyme called SLK plays a role in this process," says Beck, who is also spokesperson for the Transdisciplinary Research Area "Life and Health" at the University of Bonn. "It enables neurons to individually calibrate their own excitability." Which is somewhat like having no sound engineer: Instead, the microphones would automatically adjust their sensitivity so that the recording is neither too quiet nor overamplified.

"In this mechanism, special nerve cells play an essential role, the so-called interneurons," explains Dr. Pedro Royero from Beck's research group. He earned his doctorate with this study in the Max Planck International Graduate School and performed most of the experiments. Interneurons send inhibitory action potentials to excited neurons. In a way, they turn the knob that reduces their sensitivity. "The SLK now determines how much this regulator can be adjusted by the interneurons, that is, how strong their inhibitory effect is."

There are two different types of interneurons. Some are activated directly by incoming impulses from the thalamus. They already inhibit the neurons while these are simultaneously excited by the thalamus. Another type, in contrast, is only switched on by the activity of the neurons in the cerebral cortex - i.e. the very neurons they are supposed to inhibit afterwards. So they are part of a negative feedback loop. "Interestingly, the SLK is not active in this feedback inhibition, but only in the first case," Royero points out.

New insights into the development of diseases

The researchers were also able to show that certain genes are activated during sensitivity adjustment. They now want to investigate their role in the process in more detail. This is also interesting because the balance between excitation and inhibition is extremely important for brain function. This can be seen, for example, in epilepsy: The characteristic seizures result from overexcitation of large areas of nerve cells. In fact, studies show that in some epilepsy patients, less SLK is found in neurons than normal. Perhaps the study will therefore also contribute to a better understanding of the disease mechanisms.