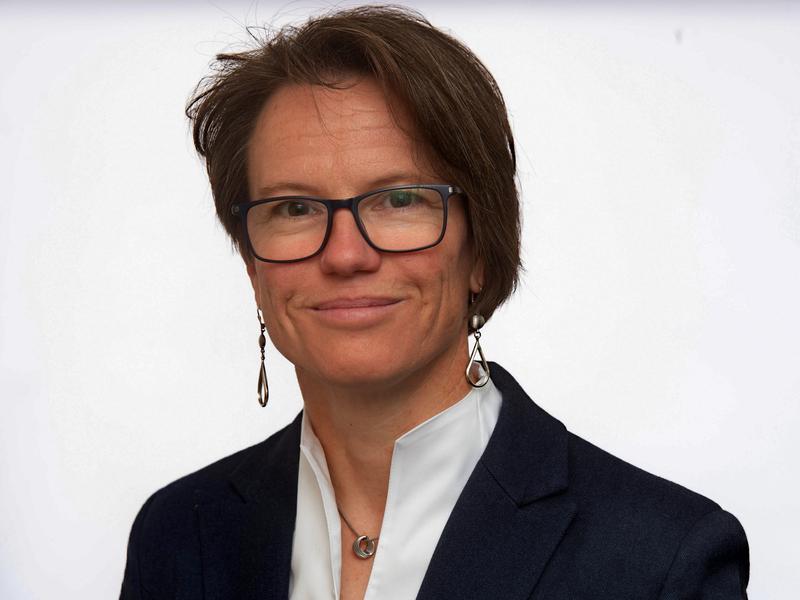 In recognition of her excellent research work, Prof. Dr. Catharina Stroppel received the Gottfried Wilhelm Leibniz Prize, which is endowed with 2.5 million euros. The German Research Foundation (DFG) announced this today. The researcher from the Hausdorff Center for Mathematics (HCM) at the University of Bonn is honored with the award for her outstanding work in representation theory, in particular in connection with category theory. The highly endowed prize permits a large degree of freedom in research.

"It's a great honor for me. I am pleased about this recognition of my research, which at the same time represents an acknowledgment of the exciting developments in recent years in the field of representation theory,” says Prof. Dr. Catharina Stroppel from the Cluster of Excellence Hausdorff Center for Mathematics and member of the Transdisciplinary Research Area “Modelling” at the University of Bonn. “For me, the prize lays down a challenge for the future.” The mathematician wants to use the prize money to make significant advances in research. She also feels it is important to get early-career researchers in particular involved in the fascinating developments under way in research. "For me, mathematics in Bonn, with its excellent researchers and highly motivated students, is a wonderful place to do just that."

Representation theory describes abstract algebraic or geometric objects by representing them as linear transformations on vector spaces. She examines categories of modules for these abstract objects. The theory arose naturally in an attempt to generalize group operations on sets. Nowadays, representation theory plays a role in almost all areas of mathematics, but especially in group theory, algebra, number theory, topology and analysis, as well as in theoretical physics.

Making her way to the University of Bonn

Catharina Stroppel studied mathematics and theology at the University of Freiburg, where she received her doctorate in mathematics. As a postdoc she did research in Leicester, Aarhus and Glasgow. She has been a professor of mathematics at the University of Bonn since 2008, Deputy Director of the Bonn International Graduate School since 2014, and a member of the University Senate since 2019. Professor Stroppel has also held visiting professorships at universities including Chicago and Princeton. Stroppel is part of the Cluster of Excellence Hausdorff Center for Mathematics (HCM) and in the steering committee of the Transdisciplinary Research Area "Modelling" at the University of Bonn. She received one of the rare invitations to give a plenary lecture at the International Congress of Mathematicians in 2022.

Congratulations from the Rector

"On behalf of the University of Bonn, a University of Excellence, I would like to congratulate Catharina Stroppel on receiving one of the world's most prestigious research awards, which is widely regarded as ‘Germany’s Nobel Prize,’" says Rector Prof. Dr. Dr. h.c. Michael Hoch. "Since 2008 she has made outstanding contributions to her discipline as a professor in our Mathematical Institute and as a member of the HCM Cluster of Excellence. She has established Bonn as one of the leading international centers of representation theory, which attracts researchers from Germany and further afield, particularly those who are just starting out in their careers. With the Leibniz Prize, these extraordinary scientific achievements are honored to the highest degree.”

In addition to Professor Stroppel, nine other researchers—three women and six men—are awarded the Leibniz Prize. The program aims to expand the opportunities available to top-level researchers, relieve some of the administrative burden on them and make it easier for them to employ particularly highly skilled researchers who are at an earlier stage of their career. The €2.5 million Leibniz Prizes will be presented at a ceremony in Berlin on March 15, 2023.